Web development is a broad term for the work involved in developing a web site for the Internet (World Wide Web) or an intranet (a private network). Web development can range from developing the simplest static single page of plain text to the most complex web-based internet applications, electronic businesses, and social network services. A more comprehensive list of tasks to which web development commonly refers, may include web design, web content development, client liaison, client-side/server-side scripting, web server and network security configuration, and e-commerce development. Among web professionals, "web development" usually refers to the main non-design aspects of building web sites: writing markup and coding. Most recently Web development has come to mean the creation of content management systems or CMS. These CMS can be made from scratch, proprietary (such as Open Text) or open source (such as Drupal). In broad terms the CMS acts as middleware between the database and the user through the browser. A principle benefit of a CMS is that it allows non-technical people to make changes to their Web site without having technical knowledge. All our code is put through an extensive validation process to ensure that it meets current international standards for code quality.

Web design encompasses many different skills and disciplines in the production and maintenance of websites. The different areas of web design include web graphic design; interface design; authoring, including standardized code and proprietary software; user experience design; and search engine optimization. Often many individuals will work in teams covering different aspects of the design process, although some designers will cover them all. The term web design is normally used to describe the design process relating to the front-end (client side) design of a website including writing mark up. Web design partially overlaps web engineering in the broader scope of web development. Web designers are expected to have an awareness of usability and if their role involves creating mark up then they are also expected to be up to date with web accessibility guidelines.

We will focus on user experience, to ensure that your customers have no problems navigating your site as well as making sure that the site is pleasing to the eye. This is done through UI/UX which is more than just web design, it is all about the overall user experience.

Electronic commerce, commonly written as e-commerce, is the trading in products or services using computer networks, such as the Internet. E-commerce websites have become increasingly more popular over the past few years. You are able to purchase merchandise/products at your convenience from anywhere that you have internet access or cell service thanks to smart phones and expect packages in a short amount of time.

WordPress is a free and open-source content management system (CMS) based on PHP and MySQL. To function, WordPress has to be installed on a web server, which would either be part of an Internet hosting service or a network host in its own right. An example of the first scenario may be a service like WordPress.com, and the second case could be a computer running the software package WordPress.org. A local computer may be used for single-user testing and learning purposes. Features include a plugin architecture and a template system. WordPress was used by more than 29.4% of the top 10 million websites as of January 2018. WordPress is reportedly the most popular website management or blogging system in use on the Web, supporting more than 60 million websites. WordPress has also been used for other application domains such as pervasive display systems (PDS).

WordPress users may install and switch among different themes. Themes allow users to change the look and functionality of a WordPress website without altering the core code or site content. Every WordPress website requires at least one theme to be present and every theme should be designed using WordPress standards with structured PHP, valid HTML (HyperText Markup Language), and Cascading Style Sheets (CSS). Themes may be directly installed using the WordPress "Appearance" administration tool in the dashboard, or theme folders may be copied directly into the themes directory, for example via FTP. The PHP, HTML and CSS found in themes can be directly modified to alter theme behavior, or a theme can be a "child" theme which inherits settings from another theme and selectively overrides features. WordPress themes are generally classified into two categories: free and premium. Many free themes are listed in the WordPress theme directory, and premium themes are available for purchase from marketplaces and individual WordPress developers. WordPress users may also create and develop their own custom themes. The free theme Underscores created by the WordPress developers has become a popular basis for new themes.

WordPress' plugin architecture allows users to extend the features and functionality of a website or blog. WordPress has over 50,316 plugins available,[18] each of which offers custom functions and features enabling users to tailor their sites to their specific needs. These customizations range from search engine optimization, to client portals used to display private information to logged in users, to content management systems, to content displaying features, such as the addition of widgets and navigation bars. Not all available plugins are always abreast with the upgrades and as a result they may not function properly or may not function at all. Most plugins are available through WordPress themselves, either via downloading them and installing the files manually via FTP or through the WordPress dashboard. However, many third parties offer plugins through their own websites, many of which are paid packages.

Native applications exist for WebOS, Android, iOS (iPhone, iPod Touch, iPad), Windows Phone, and BlackBerry. These applications, designed by Automattic, have options such as adding new blog posts and pages, commenting, moderating comments, replying to comments in addition to the ability to view the stats.

WordPress also features integrated link management; a search engine–friendly, clean permalink structure; the ability to assign multiple categories to posts; and support for tagging of posts. Automatic filters are also included, providing standardized formatting and styling of text in posts (for example, converting regular quotes to smart quotes). WordPress also supports the Trackback and Pingback standards for displaying links to other sites that have themselves linked to a post or an article. WordPress posts can be edited in HTML, using the visual editor, or using one of a number of plugins that allow for a variety of customized editing features.

Prior to version 3, WordPress supported one blog per installation, although multiple concurrent copies may be run from different directories if configured to use separate database tables. WordPress Multisites (previously referred to as WordPress Multi-User, WordPress MU, or WPMU) was a fork of WordPress created to allow multiple blogs to exist within one installation but is able to be administered by a centralized maintainer. WordPress MU makes it possible for those with websites to host their own blogging communities, as well as control and moderate all the blogs from a single dashboard. WordPress MS adds eight new data tables for each blog.

As of the release of WordPress 3, WordPress MU has merged with WordPress.

b2/cafelog, more commonly known as b2 or cafelog, was the precursor to WordPress.[26] b2/cafelog was estimated to have been installed on approximately 2,000 blogs as of May 2003. It was written in PHP for use with MySQL by Michel Valdrighi, who is now a contributing developer to WordPress. Although WordPress is the official successor, another project, b2evolution, is also in active development.

WordPress first appeared in 2003 as a joint effort between Matt Mullenweg and Mike Little to create a fork of b2. Christine Selleck Tremoulet, a friend of Mullenweg, suggested the name WordPress.

In 2004 the licensing terms for the competing Movable Type package were changed by Six Apart, resulting in many of its most influential users migrating to WordPress. By October 2009 the Open Source CMS MarketShare Report concluded that WordPress enjoyed the greatest brand strength of any open-source content management system.As of February 2017, WordPress is used by 58.7% of all the websites whose content management system is known. This is 27.5% of the top 10 million websites.

Winner of digitalsynergy's “Hall of Fame CMS category in the 2010 Open Source”, awarded in 2010. 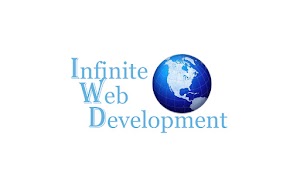